The recent releases from Phil are getting quite favorable reviews! Here the next batch: 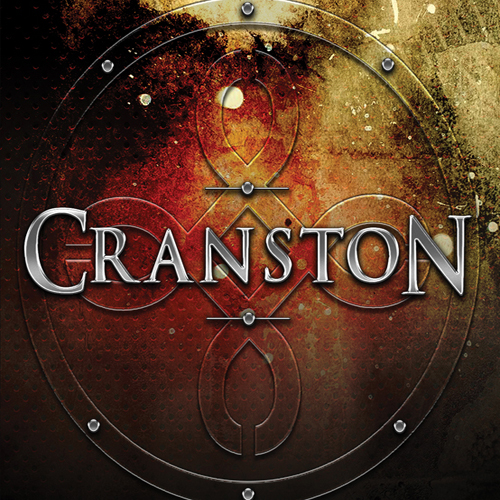 The next for Cranston was written by Mr. H. from The Rocker and reads:

The first CranstoN record saw Phil Vincent team up with Paul Sabu and I reckoned “If you’re the kind of persons who yearns for the likes of classic Aerosmith and Foreigner, albeit with a harder edged sound then this is the record for you. Now I’m not going to claim it’s up there with the classics but it is a very good album.”

Which saves me the bother of writing a new review for the follow up album as exactly the same applies to this one. There are a couple of variations on the theme with some boogie licks on ‘Always On The Run’ and a more metal tinge to ‘Throwin’ Down’. There are a couple of fillers weighing down the middle of the record (say hello to ‘One Track Mind’) but given the sheer number of releases that Phil Vincent and company punt out every year there’s bound to be some slips in quality control.

Strange to say, this time around, the best track is slightly anomalous as it moves away from the early eighties melodic rock into more seventies fey territory. ‘Wish I Had More Time’ is the tune in question, a lovely slice of acoustic pop which would have seen some US chart action circa 1976. Pound for pound I think this just shades the debut and is well worth a listen for fans of the genre. 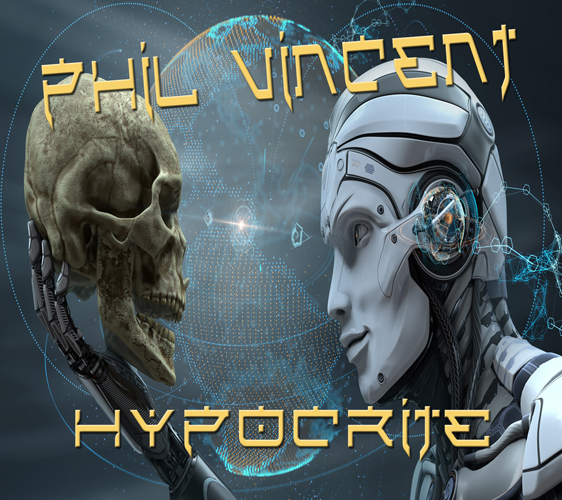 Heavy Paradise give Hypocrite an 8/10! Their conclusion is that Phil Vincent rarely disappoints with his albums and “Hypocrite” is yet another strong sample of his really admirable career. Some killer tunes in it, great guitars, an overall tight sound with the necessary modern vibe and some Winger ‘pinches’ here and there makes “Hypocrite” a must ‘listen’ for all the fans of the modern hard rock scene (…and not only).

Then on to DangerDog reviews, again with a 4/5! The conclusion: Needless to say, Hypocrite finds the multi-talented Phil Vincent in fine form delivering another solid album of his melodic hard and heavy rock. Recommended.

The next fine review:

One of busiest musicians in the Rock scene, PHIL VINCENT is releasing his new solo album “Hypocrite” in a few days. Believe it or not, “Hypocrite” marks Vincent’s 21st solo album, and that’s not counting his works with Legion, Cranston, Tragik, D’Ercole, etc.

With each new album, this American multi-instrumentalist is getting better and better.
Vincent loves ’80s melodic hard rock, and his Dokken / Winger influences are of course present on this new CD, like on the intense opener ‘Broken’ or the pretty killer ‘Caught in the Act’ – one of my favorites with its synths and broken guitar riffs.
Then, for some ’80s style AOR, check ‘Never Enough’.

But Vincent is an unquiet musician, and try something different as well.
There’s a strong piano line in “Back in the Day” alongside the guitars with som kind of a Boston feel on this melodic rocker with an early ’80s atmosphere.
Then ‘Nobody’s Gonna Miss You’ gets heavier with some Legion touch, and ‘Waste of Time’ explores some progressive arrangements.

For the end, title track ‘Hypocrite’ adds modern percussion and some electronics for a rocker with a bit of Sixx AM on it. I don’t know if this works for Vincent, but kudos for the experimentation.

Phil Vincent continues delivering interesting material on “Hypocrite”. He handles all the music aspects, from songwriting and instrumentation to production, and he’s cleverly enough to bring to his records some help when needed; all guitar solos are performed by the skilled Vince O’Regan & Peter Cox.
Strong, varied and interesting new album.

And last but not least for now: a 3.5 / 5 stars from Jason Ritchie at Get Ready to Rock. Conclusion: not as instant as many of Phil Vincent’s solo albums, ‘Hypocrite’ certainly holds its own musically and is another enjoyable melodic hard rock album.