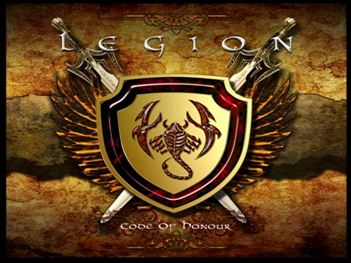 Mark Alger stated " the new Legion is a monster of an album, it seriously

over shadows their amazing debut which I don’t say that lightly. Be prepared

people this is a very special album indeed."

Steal The Show, Long Way Down, Riding On The Wind, Down In Flames,

Living With The Past, Love Aint The Same,  All Is Forgiven, Freight Train,