SAMPLES OF EVERY TRACK FROM LEGIONS DEBUT NOW AVAILABLE 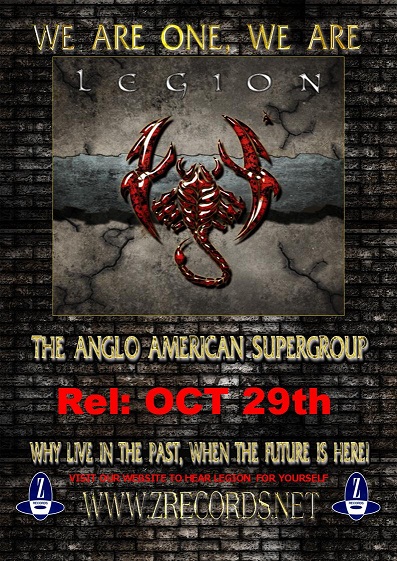 Sound samples for every track from the amazing critically acclaimed debut release from Legion are now available at www.zrecords.net via the samples page [see index bar] With just one week til release and rave reviews on numerous respected websites, respected magazines and radio stations Legion are set to take stagnant scene and drag it kicking and screaming into 2011!
In addition Legion have been confirmed to make their debut appearance at Z Rock 2011 on may 15th. The band are currently in the studio working on their second album for Z Records which will be released April 2011!
Dont just believe the hype?? Hear it for yourself and join the LEGION of fans to follow!
further details can be found at www.zrecords.net