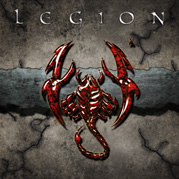 critical acclaim from the UK’s major player Classic Rock Magazine. In the

third album "Pull". And that’s definitely meant as a compliment!" a real seal of

The album can be ordered direct at www.zrecords.net  [sound samples available]

their second for Z Records. The album is scheduled for release on March 7th 2011.